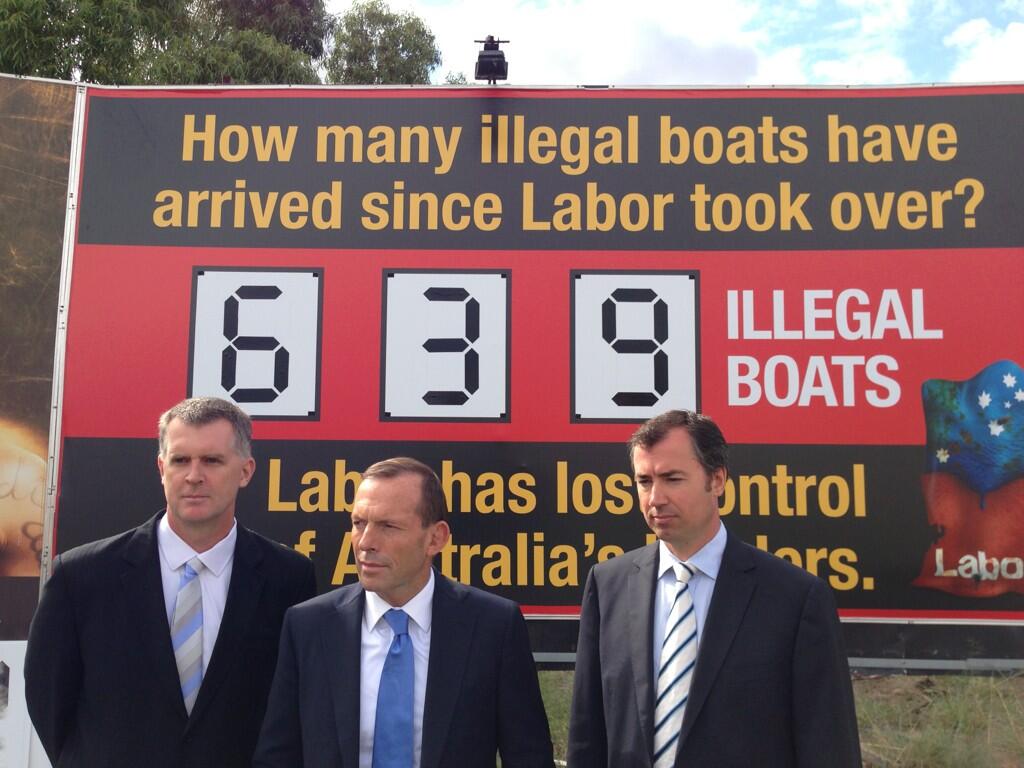 In case anyone is confused about this, the answer is none.

Do you know why?

Because seeking asylum is not illegal.

So, here's the big news:

Australian author Ben Peek’s first epic fantasy novel and two sequels have been acquired by Julie Crisp, Editorial Director at Tor UK, in a six-figure world-rights deal with agent John Jarroldafter a hard-fought auction. She set a floor, which she exercised at the end of the auction for a six-figure sum. The under-bidder was Hana Osman of Michael Joseph/Penguin UK. The first novel, titled IMMOLATION, will be published in spring 2014.

The trilogy is called ‘Children’—books two and three are entitled INNOCENCE and INCARNATION. IMMOLATION is set fifteen thousand years after the War of the Gods. The bodies of the gods now lie across the world, slowly dying as men and women awake with strange powers that are derived from their bodies. Ayae, a young cartographer’s apprentice, is attacked and discovers she cannot be harmed by fire. Her new power makes her a target for an army that is marching on her home. With the help of the immortal Zaifyr, she is taught the awful history of ‘cursed’ men and women, coming to grips with her new powers and the enemies they make. The saboteur Bueralan infiltrates the army that is approaching her home to learn its terrible secret. Split between the three points of view, Immolation‘s narrative reaches its conclusion during an epic siege, where Ayae, Zaifyr and Bueralan are forced not just into conflict with those invading, but with those inside the city who wish to do them harm.

Julie Crisp said: ‘I read Ben Peek’s IMMOLATION with the same sense of mounting excitement as to when first reading Mark Lawrence’s Prince of Thorns, or Joe Abercrombie’s The Blade Itself. Fantastic action and pace mixed with original characters and storyline. I’m so pleased to welcome Ben to the Tor UK list.’

Ben’s earlier work has mostly been published by smaller presses. Of Above/Below (co-written with Stephanie Campisi), John Scalzi wrote that it presses “The nerd pleasure centers of my brain.” Published by Twelfth Planet Press, it was critically acclaimed and nominated for a Ditmar Award. His first novel, Black Sheep, caused Paul DiFilippo to write, “With the gravitas of a Margaret Atwood or Kazuo Ishiguro, Peek, in his debut novel, Black Sheep, crafts a quietly horrifying world displaced from ours by a century of time and an implosion of globalist attitudes.” Since its publication by Prime Books, Black Sheep has been taught at Universities in Australia and used in the final English exam of German High School, the Abitur (since then it has been reprinted in an average of two educational supplements per year). Of his second novel, Twenty-Six Lies/One Truth, Jeff VanderMeer wrote, “Ben Peek is a writer I fully expect to blunder out into the scene like a run-away brontosaurus one of these days. He has titanic talent generally leashed to micro-detail projects when his true canvas is probably something much wider and deeper.” Published by Wheatland Press, it has been taught in American colleges.

In 2014, his first short story collection, Dead Americans, will be published by ChiZine Publications. It is comprised of fiction from anthologies such Steampunk: Revolution, edited by Ann VanderMeer; Forever Shores, edited by Peter McNamara and Margaret Winch; Paper Cities, edited by Ekaterina Sedia; Leviathan Four: Cities, by Forest Aquirre; and Polyphony, edited by Deborah Layne and Jay Lake. His short fiction has also appeared in magazines such as Overland, Aurealis, Clarkesworld, and Fantasy Magazine. In addition, his fiction has been often printed in various Year’s Best editions.

Peek is also the creator of The Urban Sprawl Project, a psychogeography pamphlet that he wrote and took photographs for. It was given out in the suburbs of Sydney for free. With artist Anna Brown he created the autobiographical comic, Nowhere Near Savannah. He is also the creator of the first Australian Science Fiction Author and Artist Snapshot, a huge undertaking of interviews done every two to three years of people working in the local genre scene in Australia. He has also written reviews for Overland, Strange Horizons and various street presses.

I thought I'd have profound things to add, but mostly I'm just humbled by the entire thing, so I'll let this stand and leave it as is until tomorrow and such.

(EDIT: The title of this post originally said 'Children Sold to Tor UK', which seemed good until otherwise, but it's still funny, so I'll leave it as a postscript here for the chuckle.)
Collapse